The Village of South River is situated on the river that gives it its name. Like other communities on the South River and its tributaries it is located where it is because of the access to waterpower and because the railway from Toronto crossed the river there in the 1880s. South River is nestled on both sides of Highway 11, 50 KM south of North Bay between Machar Township and the unincorporated township of Laurier.  The early development of South River was based on the harvesting of the forests. The Fraser Lumber Company took out squared timber on the South River from Laurier Township and into what became Algonquin Park starting in the 1860s, but it was not until 1881 when the first settlers, Robert Carter and his wife, arrived following the completion of the Grand Trunk Railway. Within a few years, they opened a general store and the new community, located on the eponymous South River, had hotels, a bank, a butcher shop, and jeweller. The river itself provided the power for a sawmill and grist mill, while also being used for log driving. They cleared the river, established water control dams, and log chutes around rapids. J. R. Booth and others cut in Machar township and shared the maintenance of the river.  The Original settlers came from diverse background of German, Finish, Scottish, English, Irish and Swiss descent.  All of these people brought with them customs, traditions and superstitions to weave the intricate pattern of our heritage.  In 1907, the village separated from Machar Township and was incorporated to become The Village of South River.

Indigenous Peoples traversed the waters and forests, a land of rugged terrain and tranquil wooded areas and cool, clear lakes – a land to be steeped in the traditions of those who settled here. The first people to inhabit the region were the tribes of Indigenous People: Hurons, Ojibway and Algonquins. They used the area as their communal hunting and fishing grounds. The South River, which winds its way through the northeastern corner of Machar township was first name the Namanitigong by the Indigenous meaning ‘Paint River’.

For more information and insights to the history of the Indigenous Peoples of our area, please visit the links:

Treaties are legally binding agreements that set out the rights, responsibilities and relationships of First Nations and the federal and provincial governments.

Ontario would not exist as it is today without treaties. They form the basis of the relationship between Indigenous and non-Indigenous people. Although many treaties were signed more than a century ago, treaty commitments are just as valid today as they were then.

The treaties, or agreements, set out continuing treaty rights and benefits that First Nations entered into with the British government, and later Canada.

Treaty rights are protected by subsection 35(1) of the Constitution Act, 1982 and often address the creation of reserves for the exclusive use of First Nations, and their rights to hunt, fish and trap on provincial Crown lands.

The South River Dam or as it was previously known as, Dunbar Falls, was essential to the logging operations for South River and the surrounding areas.  In the late 1800s, the Fraser Lumber Company made improvements to the river by adding dams and log chutes. Several changes were made throughout the remainder of the 1880s including blasting bedrock of the South Channel to direct water to power a sawmill and building a timber frame roughly six feet wide and 40 feet long with a gate and log slide using the North Channel.  Hydroelectricity production dates back to 1909 when the original power generation station was constructed.  The generating Station was the sole source of electricity for South River and Sundridge are for several decades. However, in the 1960s the area was connected to the provincial grid and the South River Power Generation Station was deemed too small to operate efficiently. Over time interest in renewable energy was developing, The Village of South River began exploring the possibility of developing a new power generation station.  In 2008, the project became part of the Renewable Energy Standard Offer Program, and with that came necessary financing to complete the new station.  The redevelopment of the South River Hydroelectric Generating Station was envisioned by the community and its leaders and is currently owned by the Village of South River. 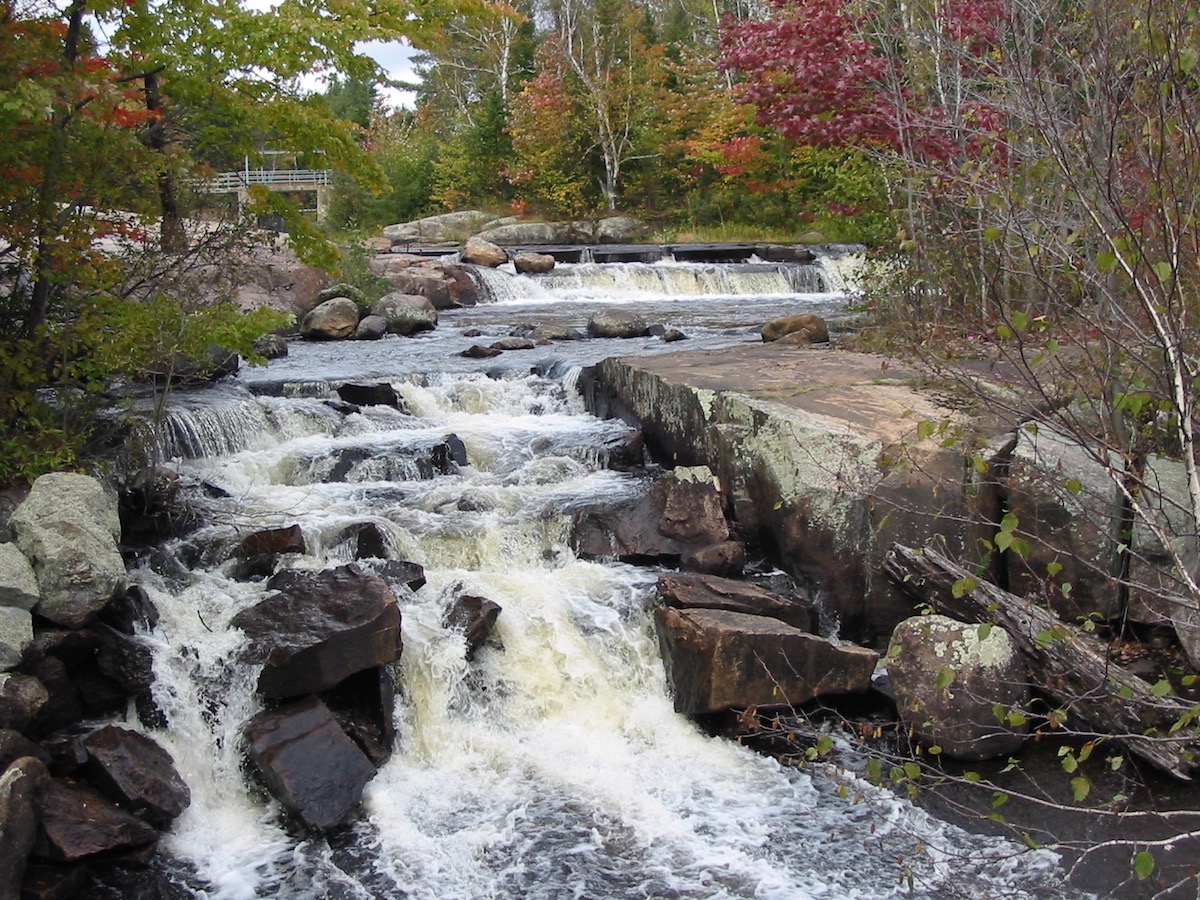 The Train Station was originally built by the Northern Pacific Junction Railroads in 1885 to eventually be taken over by the Grand Trunk Railway and then to the CN Rail we know today. In 1907 South River was known to be a Divisional point, as this location was larger than the average train station, this is where trains would load up on water, coal, and general maintenance.  The station was closed when the Canadian National Rail freight service to South River ceased in 1986. It remained a VIA rail stop until 2012 when the service ceased all operations in the area. 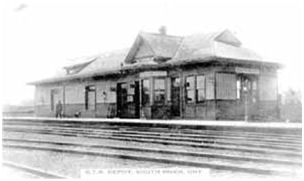